Trending
You are at:Home»Aviation»Flying Nightmares, Shadow Warriors deactivate due to force restructuring

As the drumbeat of force restructuring beats on in the Marine Corps, more units are folding up their colors.

Back in 2011, the Marine Corps laid out a plan for deactivating and realigning units to bring the Corps down from 202,000 to a “middleweight” force of 182,000, and much of that restructuring is going on right now.

“The Flying Nightmares” embarked on their last deployment last December, joining with the 31st Marine Expeditionary Unit for a float aboard the USS Bonhomme Richard. The squadron cased its colors after 69 years of service that included combat in Vietnam, the Gulf War, and Iraq and Afghanistan. 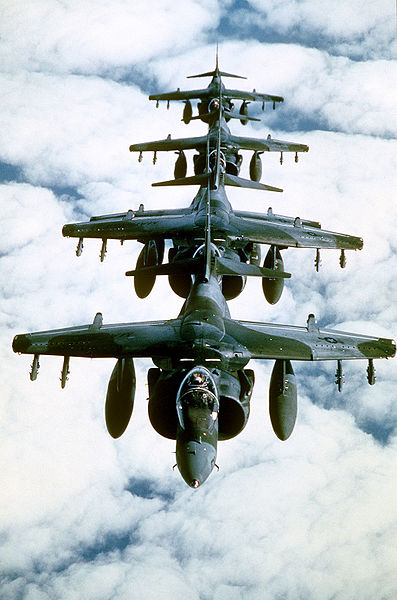 “I stand before you as the last commander of the Flying Nightmares,” VMA-513 Commanding Officer Lt. Col. Samuel “Dirty” Smith said during the decommissioning ceremony, according to the Yuma Sun. “Sad? Maybe. But I choose to think about this moment as a proud day. A day where we realize we are casing the colors on a winning unit. A unit that gets to go out at the absolute top of its game.”

Meanwhile, aboard Camp Lejeune, N.C., the “Shadow Warriors” of 3rd Battalion, 9th Marines is inviting veterans from its 96-year history to participate in their deactivation ceremony Aug. 13.

Unlike some other units, 9th Marine Regiment is accustomed to shutting down only to form back up at the call of the Marine Corps.

It was first organized in 1917 to deploy to Guantanamo Bay, and disbanded in 1919 following the deployment.  Since then, 3/9 has been activated and disbanded five times–this will be the sixth. Most recently, the unit stood up again in 2006, organized as part of Camp Lejeune’s 2nd Marine Regiment to support the buildup of forces prior to the Iraq Surge.

If history is a guide, we haven’t seen the last of the Shadow Warriors.